For several months, the livestream called ‘New Horizon’ was operated, so that I could get an idea of what the environment on the YouTube platform was like, as well as the rest of the virtual media domain. The results have been broadly positive with significant growth, especially from Twitter and from referrals from other people’s YouTube livestreams. This serves as an indicator that things could go to the next level, and Stage 501 is the project which aims to actualise that while continuing to maintain appropriate levels of safety and anonymity for myself.

What is the reason for all of this? This new website, my Discord server, and my YouTube channel are all part of a broader effort to do my small part to promote left-of-centre ideas across virtual media domains. Since 2016, we’ve witnessed the creation of some extremely disturbing right-wing echo chambers, especially on YouTube, and the centre-left has largely ceded that space to those people. Through engaging and challenging their ideas, and combatting the firehose of falsehood rather than fleeing from it, it should be possible to restore balance.

Of course, this isn’t all that it will be. This will open a door for left-of-centre people to socialise and debate.

With luck, and also with over ten years of experience of combating violent extremism, along with all of the support of viewers and social media followers, together, we can make a difference. We should be able to do our small part in producing outcomes that support and uplift those who have no voice of their own, defend those who are marginalised, and uphold first principles that are based on mutual respect for all peoples and protection of human rights.

My aim is not necessarily to ‘become popular’. I already seem to ‘punch above my weight’ in influence simply because of the friendly relationships I’ve cultivated on all sides of the political spectrum in the social media space. Some are known, some are not known.

Some see social media influence as being all about subscriber counts and the number of views, and sometimes it is that. But I see this space as a book with many pages, and each day we fill this space with words that have meaning. We turn the page to the next day, and the story unfolds. Each new week, a chapter begins, part of a small and stately story of mutual respect, diversity and generosity, which we share and write together.

I look forward to seeing your part of the story. 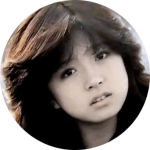 Rei Murasame is a cultural commentator and political analyst from the perspective of the socialist Third Worldism tendency.